Almost a month has passed since Lannebo Europe Green Transition was launched. Interest in the fund has been very high and almost 1000 people have already invested in the newcomer. However, the stock market mood has been gloomy this autumn, with big swings and falls. We asked the fund managers Carsten Dehn, Ulrik Ellesgaard and Philip Andreasen about the first weeks with the new fund.

The fund launched the 19th of September, how has the first period been?

“The first weeks have been rather turbulent, to say the least. The market has been panicking over higher interest rates and rising energy prices, combined with turmoil in the UK due to unfunded tax cuts. We stay calm and remain confident that companies with energy efficient products or alternative solutions to fossil-based fuels are going to benefit over the longer horizon. On the positive side the prospect for attractive returns for the long-term investor has improved, given the lower valuation in the market”, says Ulrik Ellesgaard.

It’s been a turbulent period in the stock markets, is that good or bad when building a new fund?

“From an absolute perspective it is of course frustrating to see shares we have bought fall with the general market right from the start. Relatively though, we have performed slightly better than the market. We will use the opportunity of falling share prices to invest more into quality companies which enjoy strong market positions and could come out even stronger on the other side of the current market turbulence”, says Carsten Dehn.

Your top holdings are Aalberts, Arcadis and Belimo. Can you explain what these companies do and why you have invested in them?

There’s a lot of focus on the European energy sector, especially with Nord Stream 1 & 2 exploding. How do this type of event affect the companies in the green energy sector?

“Unburned methane gas released into the atmosphere has a significant warming effect on the planet due to its global warming potential of 84x Co2. The massive leak is therefore in itself a negative for the climate. But it also demonstrates the vulnerability of foreign fossil fuel dependence. We believe the incident will further reduce appetite for investment in traditional gas power and heating solutions, and other applications using gas as power source. Electrification and renewable energy will seem the more favorable alternative”, says Philip Andreasen.

Another company you have invested in that probably isn’t familiar to Swedish investors is Nexans. Can you describe what type of company that is?

“Nexans is a global manufacturer of cables for e.g. renewable infrastructure. The market is seeing strong demand for grid investments and offshore wind deployment, which together will boost demand for High-Voltage cables, where we believe Nexans is the one of the strongest players. The company aims at becoming an electrification pure play by 2024, which will drive up margins and increase it attractiveness from ESG focused investors. We expect the company will benefit positively from strong trends e.g. increase share of renewables, smart grids, electricity demand and e-mobility. Internally, Nexans have SBTi validated climate emission targets and strong ambitions to reduce their environmental footprint and we expect Nexans to play a critical role in facilitating the electrification process in Europe.” 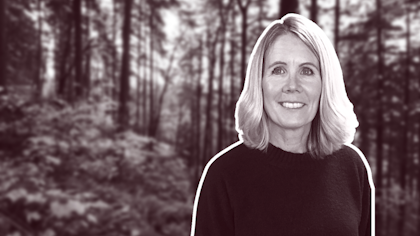 Lannebo recruits Katarina Hammar as new Head of Sustainability and Corporate Governance. She joins from Nordea Asset Management, where she was Head of Active Ownership. 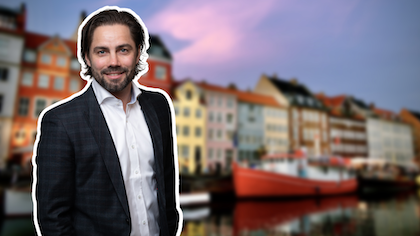 Philip Garde is leading the efforts to reach out to institutional investors in the Danish market.